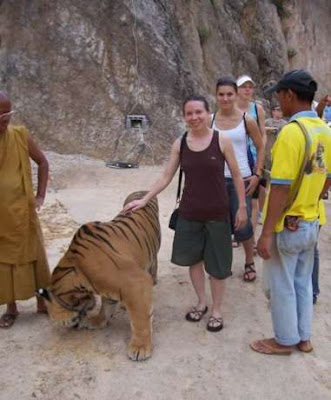 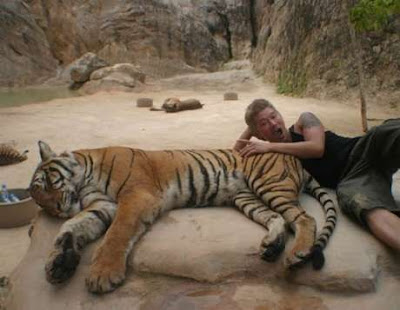 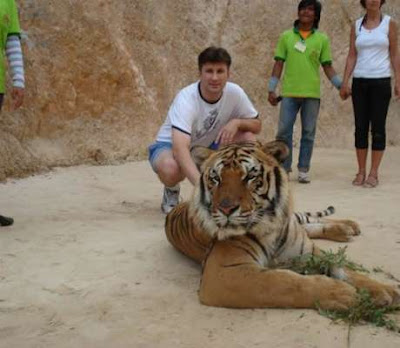 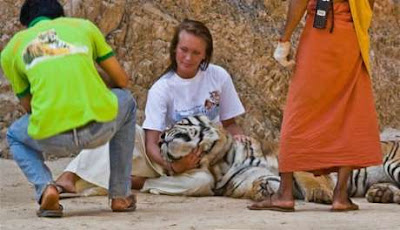 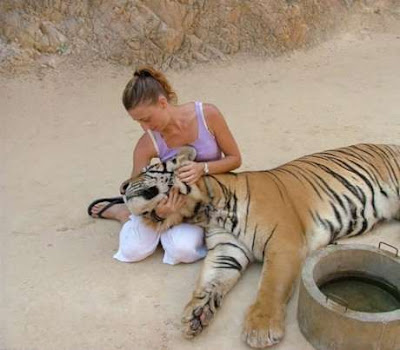 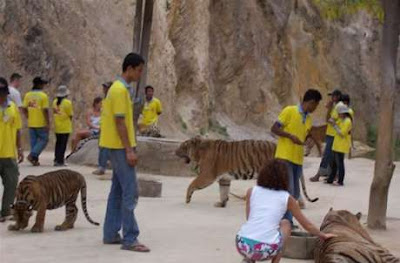 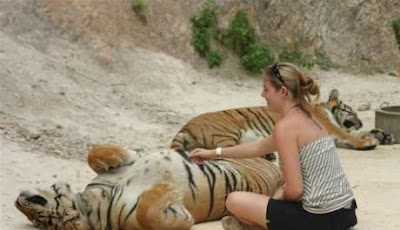 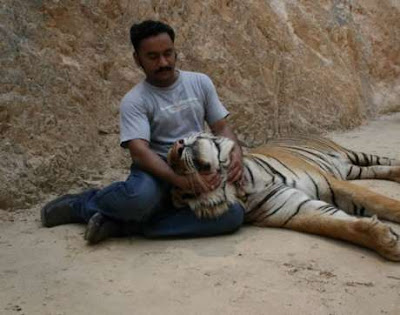 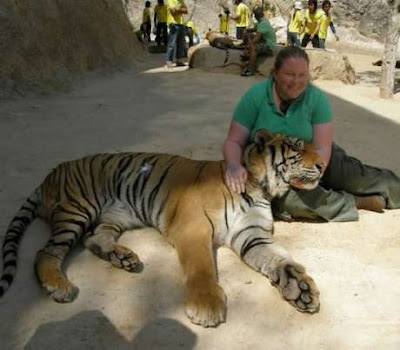 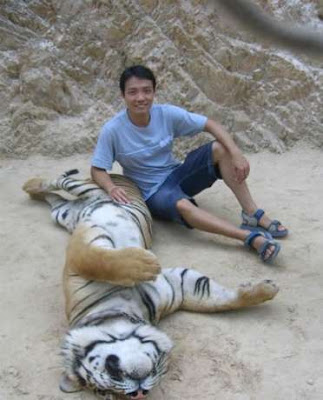 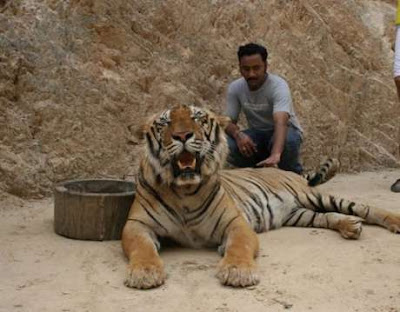 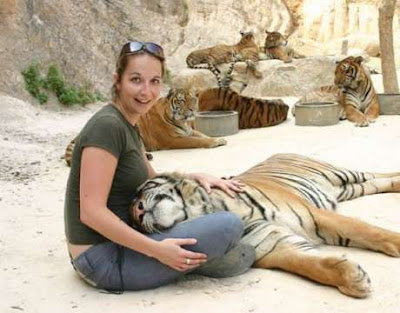 There aren’t many places in the world where you can touch a fully-grown tiger, but the monks at Thailand’s Tiger Temple allow you to get up close and personal with their domesticated brood of big cats

Just a couple of hours’ drive outside Bangkok in the Kanchanaburi province, not far from the world famous Bridge Over The River Kwai, lies the Tiger Temple of Thailand, formally known as Wat Pa Luangta Bua Yannasampanno. Since 1999, the monks here have taken care of tigers which have been rescued from poachers in the nearby Thai-Burmese border jungle - and to date they have 17 fully grown tigers and tiger cubs living within the temple grounds. Every afternoon, the tigers are let out of their cages and taken down to a quarry which has a natural pool for them to bathe and play in. Visitors can walk down into the quarry and see the tigers from only a few feet away - there’s a single rope between you and them. Most of the tigers simply sit stretched out in the sun - they are nocturnal creatures so they laze around during the day. Some of the younger tigers are pretty frisky however - on both occasions I’ve been to the temple, they’ve been busy playing in the pond - “playing” in this case meaning “whacking each other in the face with their paws”. (See the photo gallery to see what I mean).

It’s just as well most of the tigers prefer to stay stationary - if they start moving around, things can become a little tense on the other side of the rope. Some of these tigers are huge, and to be in such close proximity to them is both awe-inspiring and a little scary. Their beauty is mesmerising though. I was surprised at just how long I was content to simply sit and stare at them, take some photos, and then stare at them again. The first time we went there it was during the rainy season and it we saw the tigers in torrential rain - but it didn’t matter at all.

Touching A Tiger
Presiding over the tigers is the Abbot Phra Acharn Phoosit Khantidharo and a bunch of blue-shirted volunteers. The volunteers are mainly Thai but there’s also a couple of westerners too, who keep grab hold of the tigers’ collars if they start moving towards the boundary rope. They behave with well-deserved respect to the tigers, and they also take visitors in one by one to have their photo taken with a tiger. I have to confess I didn’t do this - I get a bit funny about petting wild animals. However, both my parents and my girlfriend did do it and it was an anxious few moments for me while I watched them being led in and out of the tigers’ area. There’s a reason that the collective noun is an ambush of tigers, y’know… They were all quite visibly moved by the experience. The Abott will sometimes intervene and get the tiger to rest its head in the lap of the visitor waiting for their photo to be taken - an unforgettable experience I’d imagine.

The temple has big plans for extending their sanctuary, with the ultimate aim of providing an area where the tigers can live naturally pretty much all the time, rather than having to be locked up in cages. A booklet explaining these ambitious plans is provided on entry. While the tigers are the stars of the temple, there are numerous other animals also wandering the grounds, such as boar and goats, and the monks care for these creatures as well.

I am breathless gazing at these photos. I hope I will one day visit this paradise. God Bless these wonderful human beings for their great work. It is absolutely amazing.